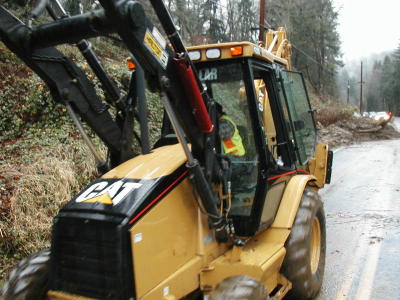 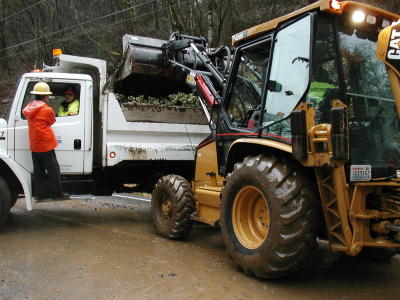 On December 23rd, a slide blocked the Washougal River Road between mile posts 1 and 2. As a major arterial, opening such a heavily traveled road timely is critical. Steve Roberts, City of Washougal Maintenance Supervisor didn't hesitate in calling Clark County?s John Kaiser and offering assistance. Since Washougal had staff and trucks in the area, they were able to ?jump start? the clean-up, thereby getting the road re-opened to traffic. This project had a direct benefit to Clark County with a savings estimated at over $400.00, but the in-direct benefit of getting a major arterial re-opened for traffic is incalculable. Using the GEM concept of sharing resources, Clark County will provide support to Washougal when needed!